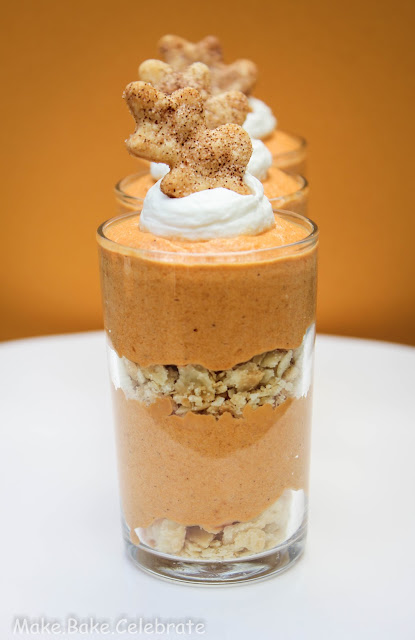 Is it a little too early to be thinking about Thanksgiving? Nah. I'll blame it on my husband, he just put in for Thanksgiving leave this week. We're headed home to celebrate this year, and I couldn't be more excited. It's been a year since we've been home (Indiana) and I'm excited to see everybody and even more excited to bake the turkey dinner along with my mother and sister. This year I think I'll switch it up and make  some of these pumpkin pie mousse parfaits instead of the traditional pie. I have to admit these are really yummy even though pumpkin isn't my favorite pie. I'm a cherry pie kind of girl...even better if it's cheesecake...or chocolate peanut butter...darn now I'm ready for Thanksgiving and it's not even October 1 yet! Clearly I have calendar issue too. 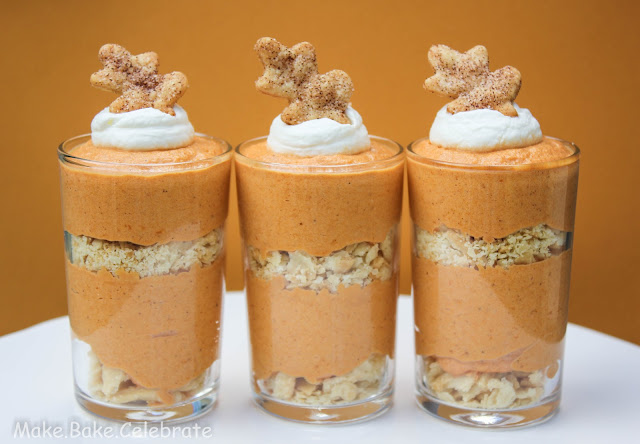 I'm also blaming Duncan Hines for my Thanksgiving thoughts, because recently two new frosting creations flavors hit the shelves: pumpkin spice and apple pie. I was really stoked to see them because...we were given a chance to sample these flavors at the Duncan Hines secret test kitchen. So I've had to keep them a secret since then...and you should know I'm no good at secrets! I knew I wanted to make something with them right away but wasn't sure just yet...until my brother requested a pumpkin version of my winning mousse recipe. Duh! Now why didn't I think about that...and so these pumpkin spice mousse parfaits were born from the hungry belly of a 16 year old. Who would have known that pesky little bother would come in so handy one day. They took a little more effort then the chocolate one but they were still easier and quicker then baking a pie.

The parfaits are layered with pie crust, pumpkin mousse, then topped with whipping cream and cute little cinnamon pie crust leafs. A few weeks ago Christy form Love From the Oven posted these pumpkin pie cupcakes with cinnamon leaf toppers on them. It was such a brilliant idea I knew I would have to try it. The toppers are my favorite for sure. Oh and I should probably let you know the whole sha-bang can be pulled together in about 15 minutes. I should know...because I started them 20 minutes before heading out to girls night and still made it on time, not that I'd recommend that or anything :). 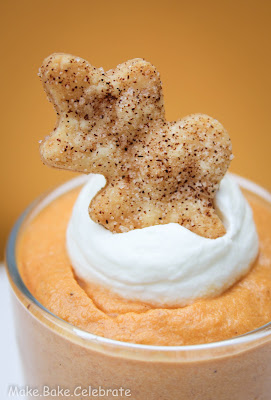 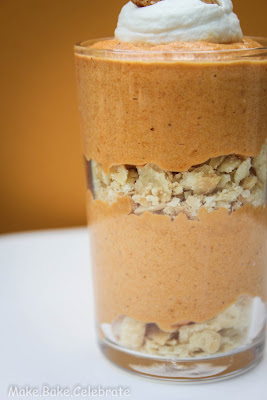 Ready to whip up some of your own? Here's what your going to need: 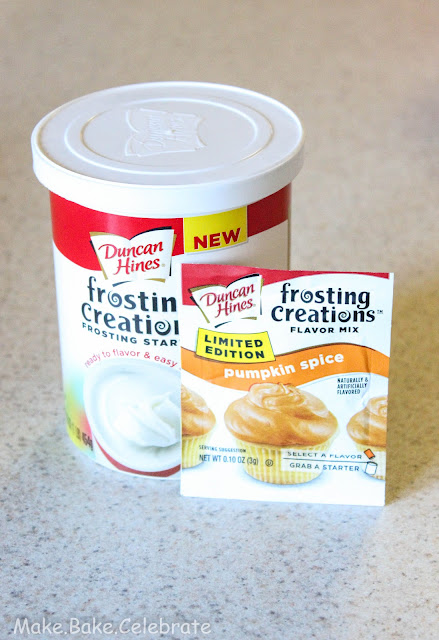 Step 1: Place  metal mixing bowl and whisk in freezer for about 5 minutes. This will help your whipping cream whip up. While your waiting preheat the oven to 400. 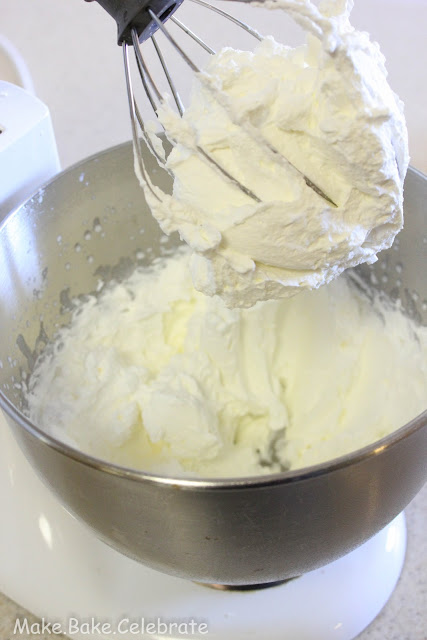 Step 3: Remove about 1 1/2 cups of whipping cream and set aside to use for topping later. 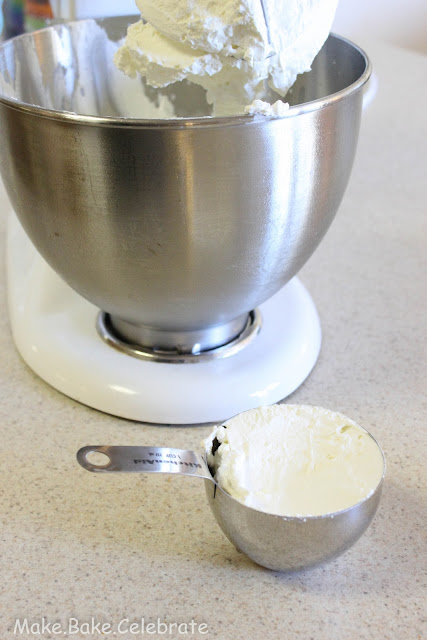 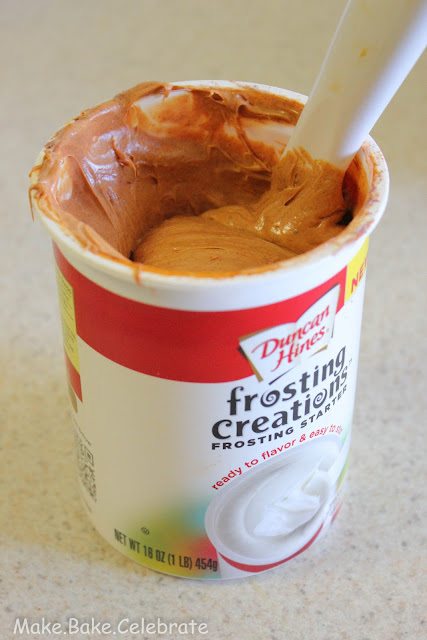 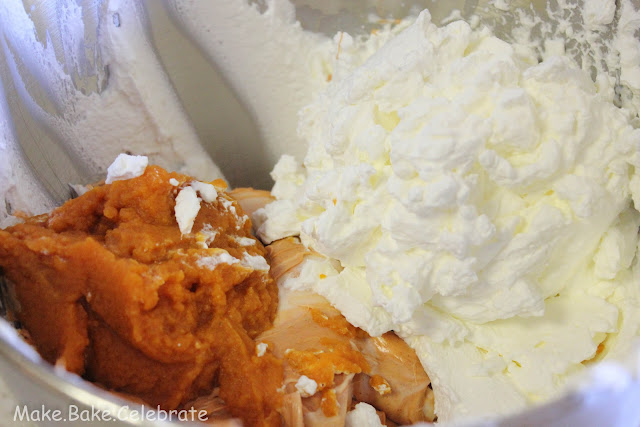 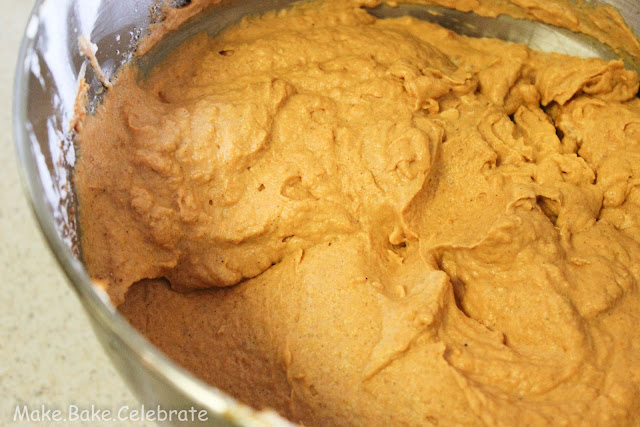 Step 6: Roll out 1 of the pie crusts on a clean counter, cut out your leaf shapes. I made 14 so I had a few extra just in case. Cut up the remaining dough into about 2 X 2 inch sections. Don't worry about shape your just going to break them up. In case your wondering why I have circles cut out...my first attempt was to just layer circled pie pieces...but they got lost in the mousse. :) If your going to be using larger cups I would recommend using baking up some of the second roll of pie crust. 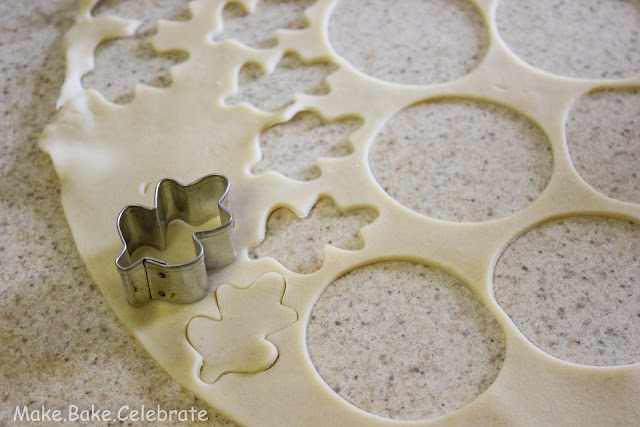 Step 7: Lay all your pie pieces on a cookie sheet lined with parchment paper. Mix remaining 1 TSP of cinnamon and sugar. Brush leaf toppers with melted butter and then sprinkle with the cinnamon sugar. Bake at 400 for about 7 minutes. Keep a close eye on them..because they can burn really quick. 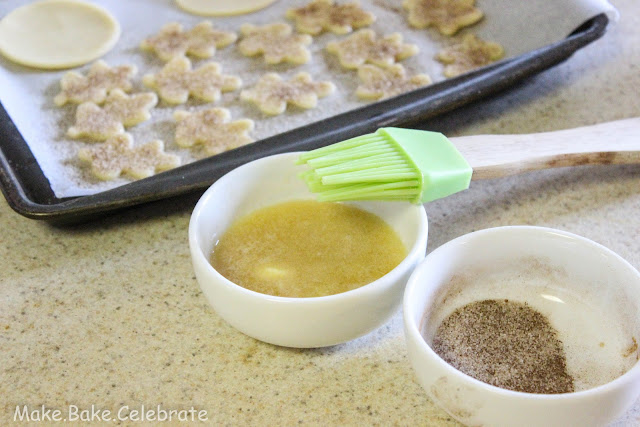 Step 8: After the crust pieces have cooled down...set the leaf toppers aside and break up the rest in a bowl. 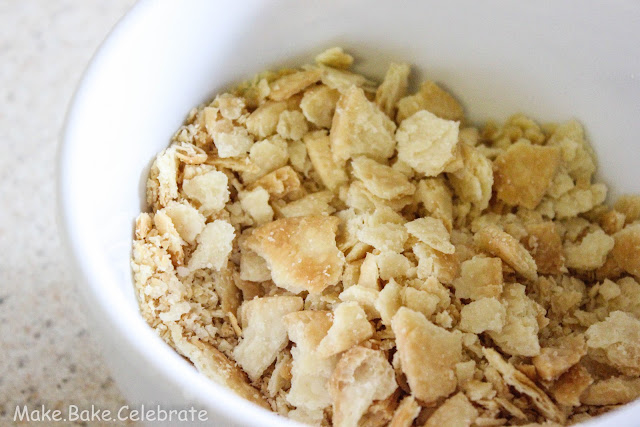 Step 9: Now layer the pie crust and pumpkin mousse in your dessert cups. You layers may vary depending on your serving size. I used 5 oz dessert cups and just under 1 TBS of pie crumbs for each layer. 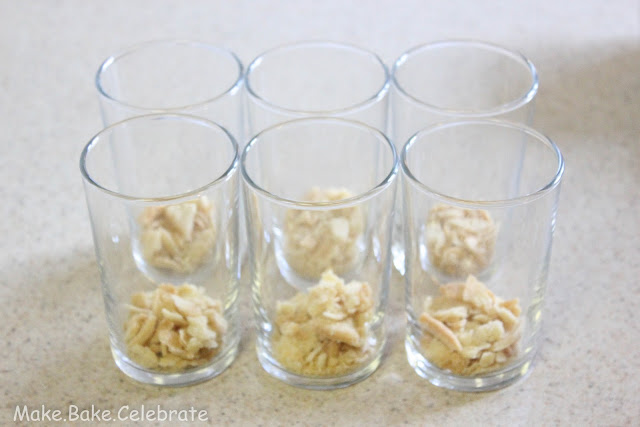 You can spoon your mousse if you'd like. To keep it nice I used a pipping bag and a round tip. A cut Ziplock would do just fine of course. 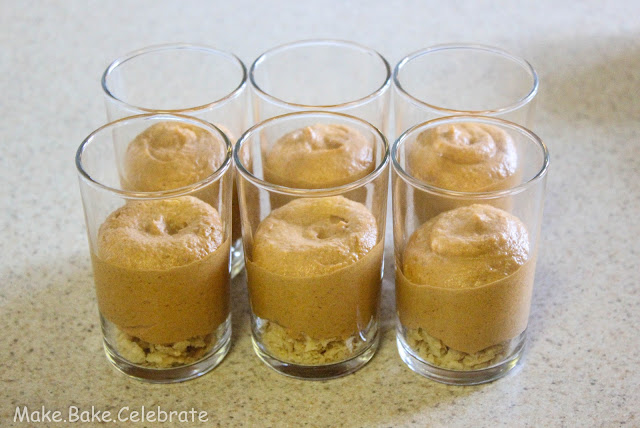 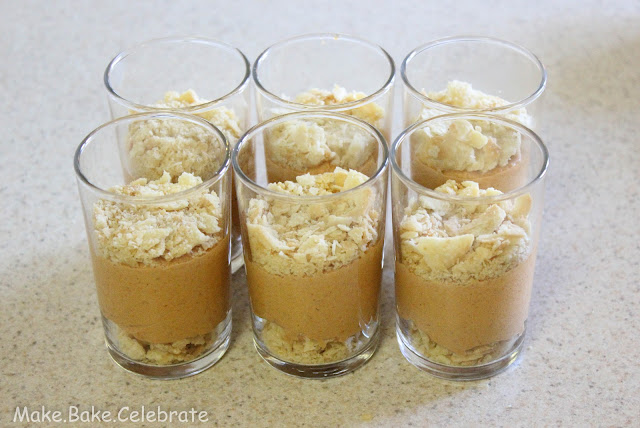 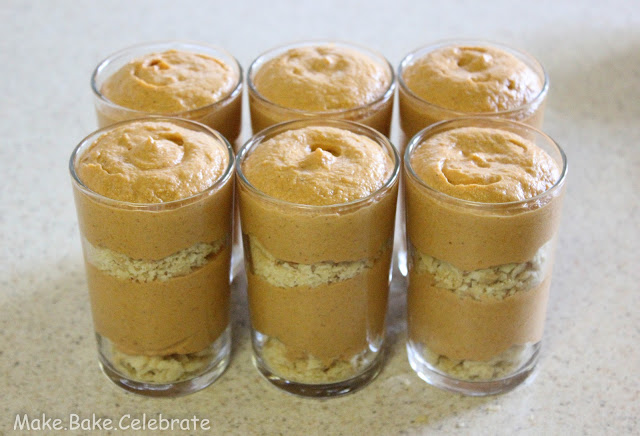 Step 10: Once your layers are done, either spoon or pipe a small amount of whipping cream on top. Then top with leaf toppers. 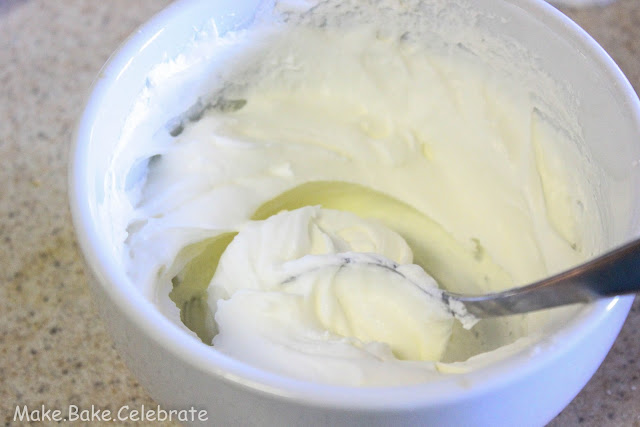 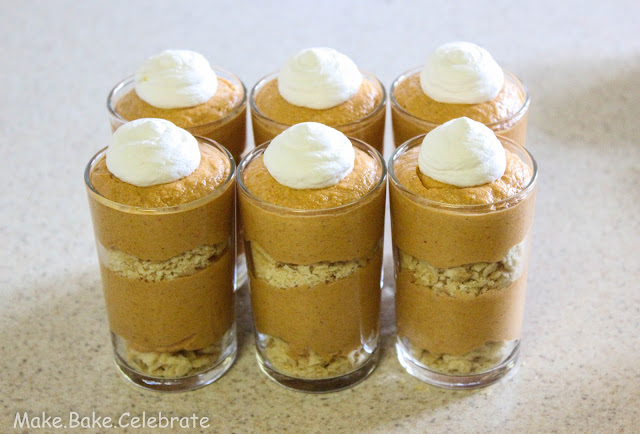 Easy as pie...well even easier really, so maybe it should be easy as pie mousse ;) 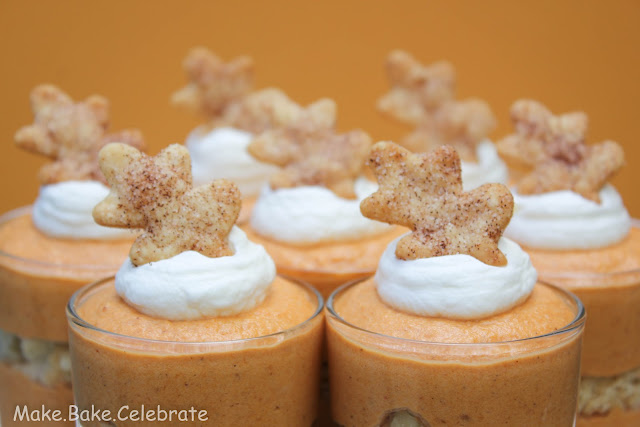 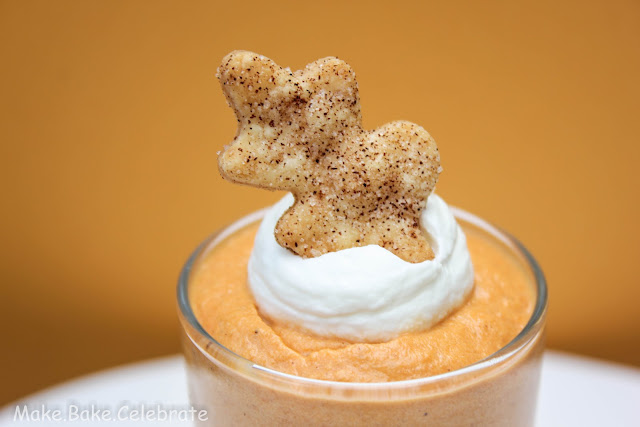